Several myths have existed surrounding the Kashmiri attire Pheran. It is primarily believed that emperor Akbar introduced it to the Kashmiris while others speculate that it was invented by the Persian travellers who wanted to keep themselves warm during the months of winter. But no matter where it actually comes from, the familiar feeling of comfort and warmth it provides continues to make it one of the most popular wears among Kashmiris. Pheran even holds a lot of symbolical and political significance in this land of flowers and snow.

A traditional pheran is long and extends below the knee but its modern renditions are shorter length-wise. Pherans are designed to accommodate Kashmiri firepots called kangri. This original design is so perfect that this garment didn’t undergo any drastic change over the years. Pherans were recently banned by the government and it has led to lot of uproar. India Imprints cherishes this love for tradition that the pheran represents. 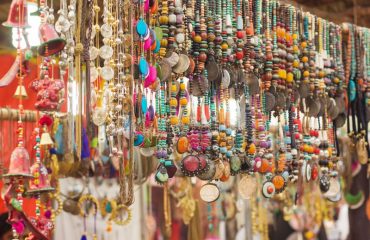 Indian women share a love affair with jewelleries for over 5000 years ever since their inception. 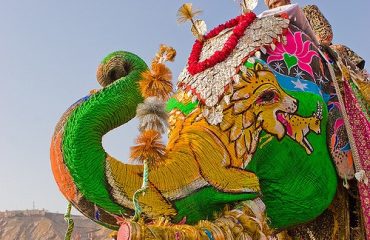 Jubilant, colourful and clad in traditional Indian jewellery – that is exactly how the elephants look in the Jaipur Elephant Festival. 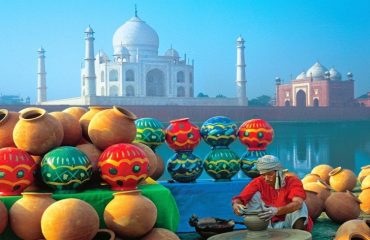 Celebrated in the middle of February, the Tajmahotsav is a vision to witness.