Well, that’s not the only significance the awe-inspiring monument, Lal Quila carries. The fort was home to the Mughal emperor of India for over 200 years. It was built in the 16th century by Shah Jahan as his palatial residence in the heart of the then capital Shahjahanabad.

What’s more? This octagonal fort lying on the banks of Yamuna in Delhi has been a witness to numerous incidences after Mughal rule ended. Now, all that remains of this glorious structure are the ramparts and walls, main gates, majestic apartments and the audience halls.

The 2.41 kms wall surrounding the structure, still defends the palace from any intruder. This red sandstone fort carries a very important place not just as a part of Indian heritage but also as a world heritage site and attracts millions of tourists every year. 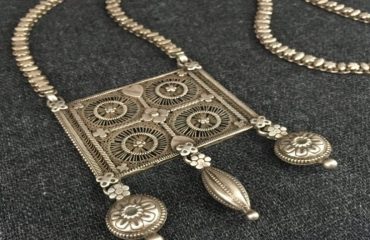 Nothing complements a woman’s beauty better than jewellery, for it adds distinct elegance to her appearance.

Perhaps one of the major things that separates dresses available at India Imprints from other brands is how they always effortlessly combine sheer traditional grace with a modern and classy look.